We left Virginia Wednesday morning on our way back to Tybee after having spent about 10 days visiting family, catching an amazing concert with my parents (yeah, I have parents that cool), golfing for the first time in 3 years (oh golf, how I’ve missed you… we should hang out more), hanging out with ski club friends for a 3 day pool party, creating beautiful portraits for returning clients who knew us in our former life, spending some time with our oldest son who is in the Coast Guard and stationed in Northern Virginia and my pop baptising my youngest daughter in my father in law’s pool. A normal trip back into our old life. It was a great visit, but since we moved to Tybee 2 1/2 years ago, we always look forward to coming home. (Side note… I highly recommend living in a place that feels like you’re always on vacation… it’s brilliant!)

The trip was going just the way I like it… uneventful. We had plenty of room in our aging Durango, thanks to the tiny trailer we rented to transport a couple of awesome doors from our former studio which will be installed in a new pavilion being constructed on the grounds of the Bed and Breakfast which also houses Wen’s new office. We even had one less passenger than normal, since our oldest daughter was riding with a friend who is moving to Savannah to start a new life himself and was the tail end of our rag tag caravan. The Durango has just over 170000 miles on the odometer and has been a great truck, with the exception of it’s 14 mpg highway performance. The rumble of the 5.9 litre engine was a lot cooler before a tank of gas cost a body part. We had just resumed our journey after a quick stop for lunch and as I transitioned to the left lane to overtake a lumbering tractor trailer, I noticed that I had no power. I drifted back into the slow lane and coasted to a stop along the shoulder just two short miles before we would have been greeted by the smiling face of Pedro, who had been offering his welcome on endless billboards for the past 178 miles. Having been the owner of a number of low cost, high mileage used vehicles my entire life, I never travel anywhere without a set of tools. I pulled my golf bag from the rear hatch, grabbed my phone and consulted the almighty Google for any forum posts with the phrase “2002 Dodge Durango stalled at 70 mph and won’t start.” My wife grabbed her phone as well and began to inform the world of our current plight through the magic of Facebook. I plugged in my engine code scanner (yes, I do have one in the back of my truck) and was greeted by the code P0557… malfunctioning O2 sensor. My daughter mentioned that she had seen something sparking come out from beneath the truck just before we pulled over, which would explain the slowly growing conflagration next to the guardrail about half a mile behind us. A quick trip to the auto parts store up the road, removal and replacement of the visibly destroyed sensor, a few dozen fire ant bites from the unhappy inhabitants of the giant mound located directly beside the front wheel and I climbed back behind the wheel, hopeful. Alas, the Big D cranked mournfully, but nothing more.

Comments and offers of roadside assistance began to pour in on Wen’s Facebook post as I began to implement plan B, and that’s when things really began to get interesting. A great friend of ours, Kevin Jordan lives about 30 miles north of where we sat along Interstate 95. I texted him regarding our current situation and asked if he minded me having the truck towed to his house and using his yard as a staging area as I noodled through the problem without the fear of ending up splattered along the road by a distracted truck driver. Our youngest daughter needed to be home for the first day of school on Thursday and there was room for the rest of our crew in our friend’s car. There still remained the problem of our U-haul trailer. A comment came in from some friends from our former life who we had not seen in over 10 years. They just happened to be 50 miles north of our location and heading south for a vacation, with a planned stop in, you guessed it, Savannah and were intrigued to see Tybee first hand due to the countless posts over the past few years. They pulled up in their Suburban, swapped out the trailer hitch and the whole crew rolled on down the road for home as I awaited the arrival of the rollback to take me back up the road to St Pauls, NC. During the conversation with the driver, I discovered that he knew Kevin’s family (it’s a small town and Kevin is kind of a big deal) He deposited the crippled truck in the yard and proceeded to give me a $50 discount from the quoted price because “The Jordans are good people.” The auto parts store had closed for the evening, but the grocery store had not, so we made a quick beer run. I had found another related forum post and was relatively confident that I knew what was wrong. The only thing left to do was to sit on the front porch, drink a few beers, catch up with a great friend and finish my last cigar. As we turned in for the night, well into the next morning, Kevin turned to me with a smile and said “that’ll teach you to try to drive by without stopping to say hello.”

Morning came and a quick trip to the auto parts store located around the corner and a fast food restaurant for a much needed cup of coffee found me back in the yard with the new part in hand and only two retaining bolts and a wire connector to remove and replace. 3 1/2 hours later, wrists sliced from the two most inaccessible bolts attached to a 2002 Dodge Durango (I’m convinced that the guy from the Saw movies is related to whoever designed this part) the new crank position sensor was now installed, minus one of the two retaining bolts because I had run out of beer and invective to hurl at it. My battery was dead, so a quick connection of the jumper cables to the Honda mini van that refuses to die with almost as much vigor as Kevin’s daughter refuses to drive it, and I was once again behind the wheel. A hopeful twist of the key was greeted with the same response. A healthy crank of the engine but nothing more.

Sometimes in situations such as these, as is also often the case in life,  it’s best to just walk away.

I forgot to mention earlier that to “access” the offending sensor, as if that was actually possible, the passenger side front tire and the inner fender skirt must be removed. The sandy soil of the yard was no match for the mass of the Durango combined with my weight as I struggled with the connector and as such, the jack toppled, depositing the now exposed brake rotor into the soft dirt. I found a wide board in the garage, placed it under the jack, hoisted the whole mess back up into the air, and began the aforementioned ordeal of the bolts.

There I stood. The unstoppable force directly opposed by the immovable object, wondering just how far down this automotive electrical rabbit hole I would have to travel to find the solution to my growing conundrum, when the simplest of ideas hit me. In my hurry to reassemble the wheel, not wanting to rotor and the ground to encounter each other again any time soon, it had completely slipped my mind to reconnect the new sensor to the existing plug. Could it really be that easy? A click of the plug, a turn of the key and the glorious rumble of all 8 cylinders belting out their tune! Tossing the scattered tools into the back seat and quickly sending a text to Wen “next stop Tybee… I hope” I cruised out in the southbound lanes of 95, windows down, the rush of the wind tossing my beard, anxiously headed toward the beach.

The sun sank lower into the trees on my right and the elation of seeing the Talmadge bridge in the distance was soon overcome by the familiar joy of watching the blazing sunset over the marsh. A cold beer, a shower, some ibuprofin for my aching hands, some stuff to stop the itching of the fire ant bites and a conversation with Wen about how thankful I am about the life I’m living now and what a crazy group of friends we have slowly gave way to sleep.

Not too bad, all things considered. 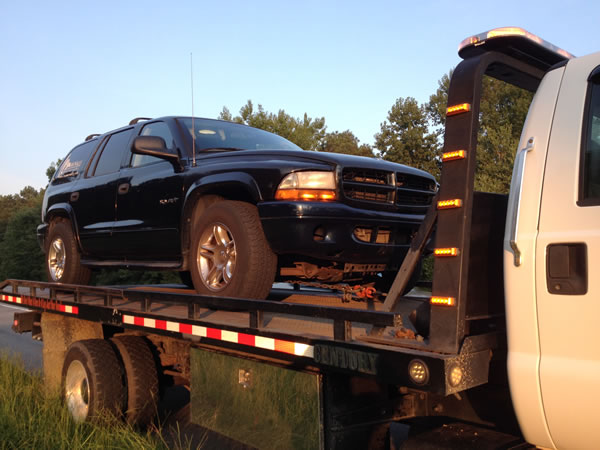 A Quick Lesson in Phrenology

Hand Extra for the Next SAW Movie?

This entry was posted in FOOD & DRINK, MEANING, PEOPLE & RELATIONSHIP, TECHNOLOGY. Bookmark the permalink.
next
prev